I went to Thailand for the first time last May. I absolutely fell in love with all the little vintage stores in Bangkok. They have such talented designers. I wish I had limitless luggage to buy EVERYTHING. Next time, I am definitely going back with an empty suitcase.

SOS village d'enfants Maroc is an association that offers a great deal of support to children through education, healthcare and other services. They help mothers who are unable to care for their children and provide safe homes and a family structure to abandoned children and orphans. Please check out their website for more details: http://www.sos-maroc.org/ 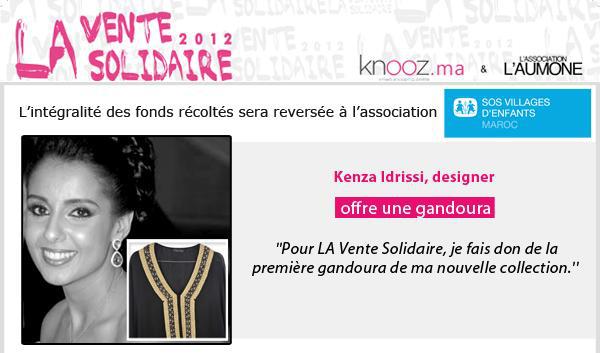 I have been back to Morocco for 4 years now. So much has happened. I worked as a professor (teaching international business to a bunch of college sophomores), interned at IOM (International Organization for Migration), worked at MVC (my brother's gym), managed a nightclub, got married, moved to Marrakech and started my fashion line. 4 years feels like a lifetime and it's funny that I still feel like an outsider in my own country.

I'm not sure what it is. As an "RAS" (Rabat American School) graduate, we seem to think that the American system was the best and worst thing that ever happened to us. My mother calls us the sect and I am starting to agree with her. We are so alienated from the rest of Moroccan society, we seem awkward and borderline crazy to outsiders. RAS was a blessing because I have kept so many amazing friendships and we have values and principles that I see disappearing more and more from other systems (french and moroccan schools). We are unique and special but at the same time, we do not fit in anywhere else but our little RAS circle. We only feel in our element when surrounded by our English speaking kind.

I look at the rest of the world (and the world I am referring to here is my world in Morocco) and I feel so different from all of them. I love my country with all my heart. I just don't really fit in it. I'm a little piece of a missing puzzle trying to find her way in an unfamiliar territory.

The closest I get to a sense of belonging is during my photoshoots, when my pieces are complete after days and weeks of designing, of going back and forth to check the details, of making sure my vision became concrete. When I see my designs on a model and then on pictures, they become real, they become alive, I become alive. Then I have a feeling that I belong and a feeling that I could be someone.... 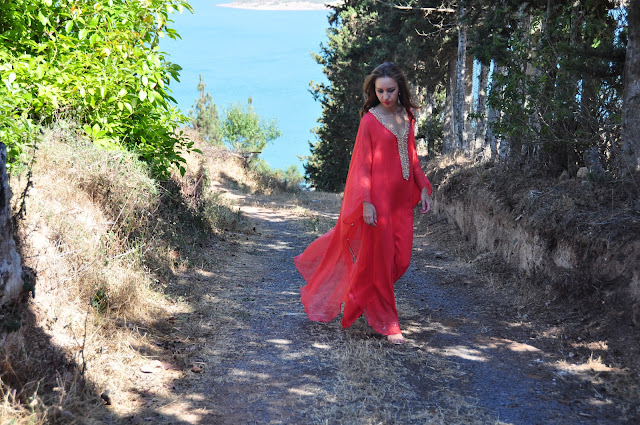 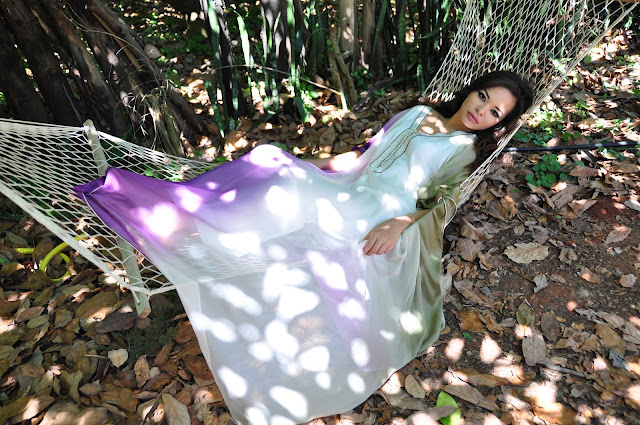 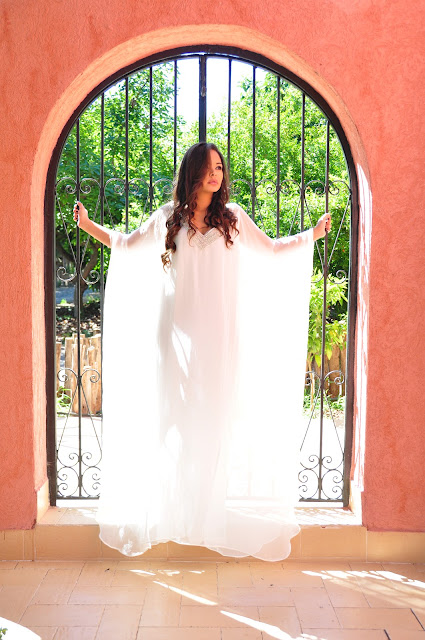 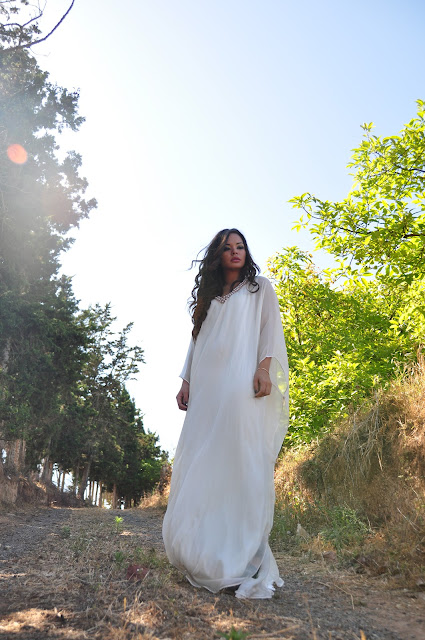 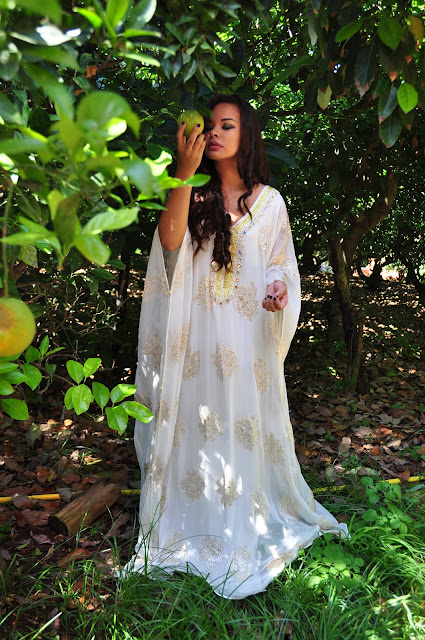 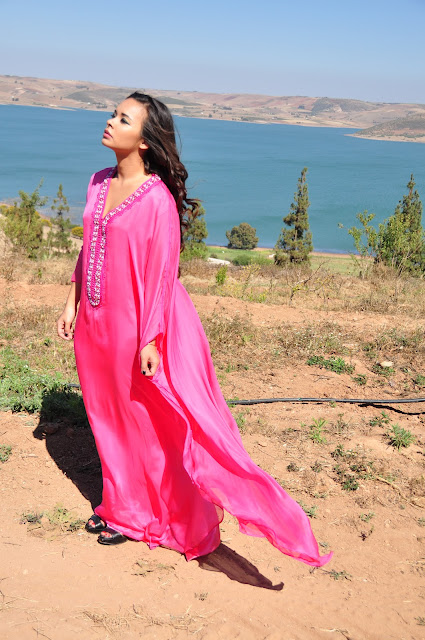 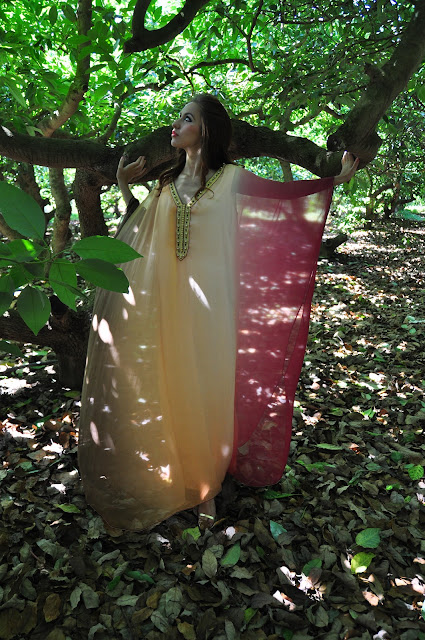 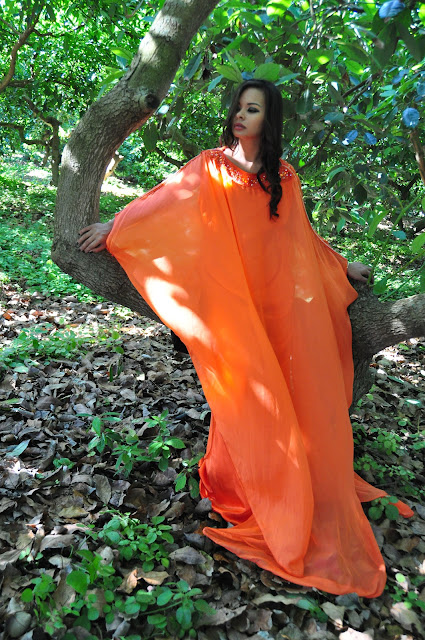 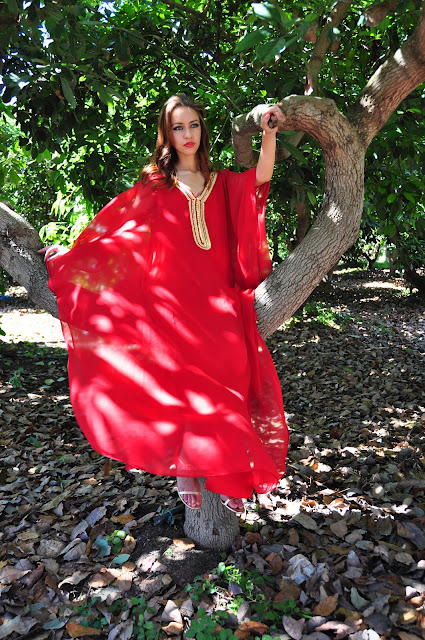 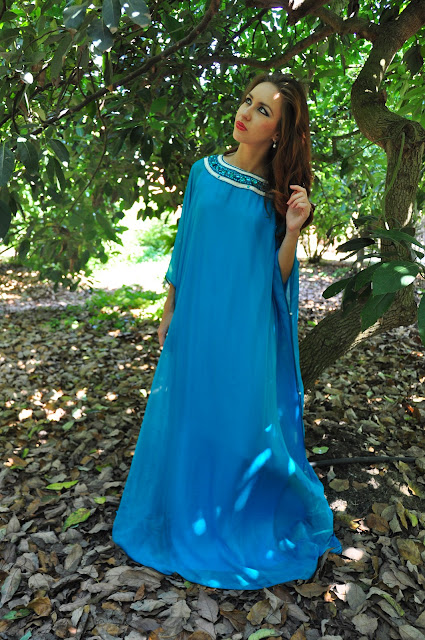 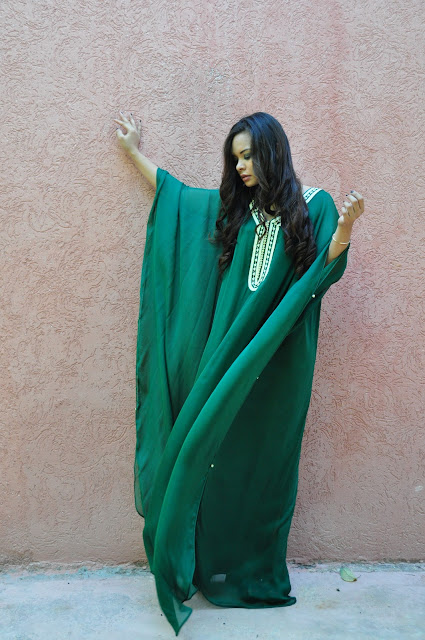 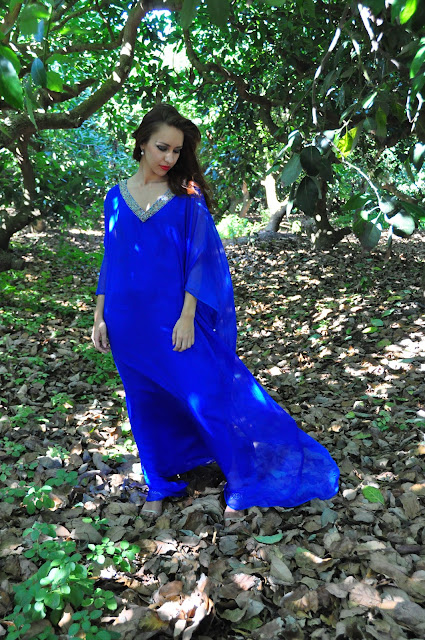 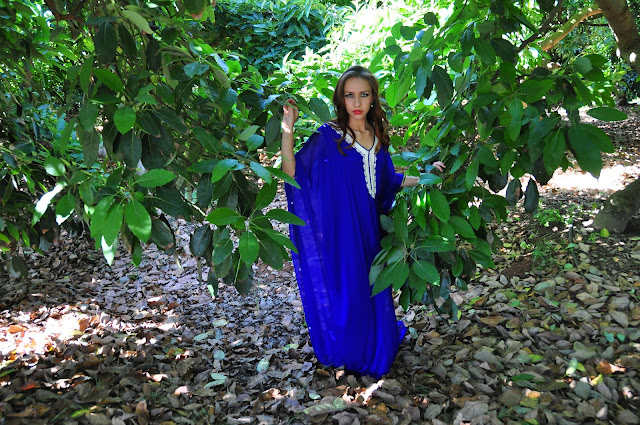 Kenza Idrissi Couture displaying at El Corte Ingles Marbella starting today! Stop by if you're near. 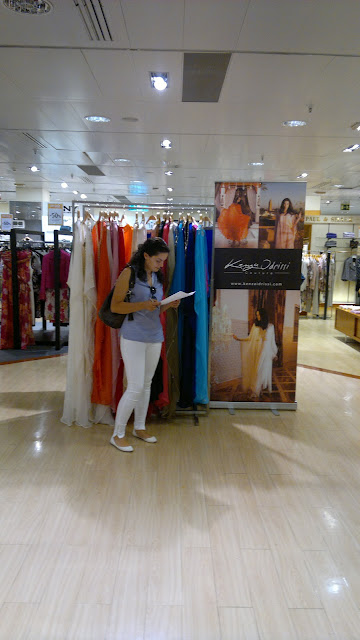 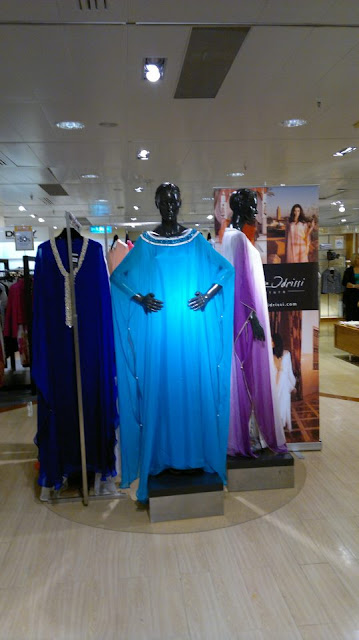 So proud of my booth @ IWF conference 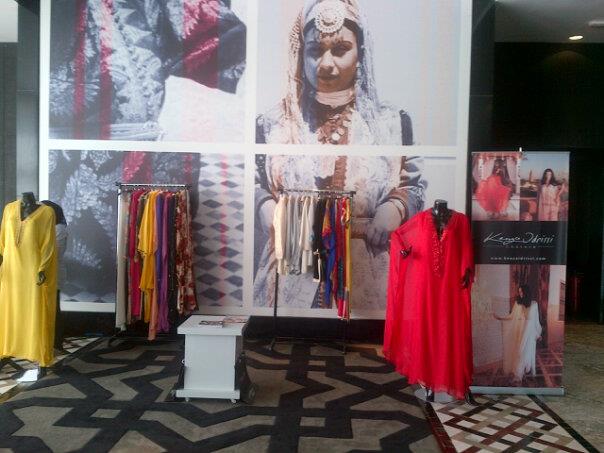 I was contacted a few months ago to take part of an amazing International Women's Forum Conference in Rabat. The theme of the conference was "Morocco and the future of the Arab world." About 800 women came from all over the world to be a part of this conference. You can imagine what an honor it was for me when I was contacted to organize a fashion show as part 1 of the cultural journey into the art and soul of Morocco.

I was nervous because I had 3 months to organize a show that portrayed the history of the Moroccan Caftan. Starting from older caftans to the newer more modern ones. I was also nervous because I am specialized in gandouras rather than Caftans but it was a challenge I was willing to accept, especially that it touched a topic that I was passionate about: women's rights. I got the opportunity to work with extraordinary people and the chance to meet so many interesting, committed, and energetic women and for that I am eternally grateful.

The event also gave me the opportunity to learn a lot more about the history of the Caftan. I learned that the development of the caftan can be connected to Morocco’s geographical location at the crossroads of the world. It was the last stop of many traders from the orient and therefore, became the site of many important cultural transformations.

Morocco also became the home of embroidery due to the Andalusian movement, Turkish harems, and Mediterranean cultural influences.

The legendary Ziryab is the most prominent contributor to the evolution of the caftan. When he came to Morocco from Baghdad, he brought with him the exuberant Abbassid way of life. When Ziryab  introduced luxury to Moroccan costumes. Under his influence, costumes took on greater ampler. He introduced the luxury and complexity of oriental costumes and the use of Persian and Turkish light fabrics in the Moroccan caftan.

All of these elements are visible in what became the traditional caftan.  By the 15th century, people were wearing a costume that was of eastern origin with characteristics of Turkish, Persian, and other Asian countries’ traditional dress. I had a very difficult time finding the history of the Caftan, probably due to these multiple influences.

My father once told me in Morocco, it is widely believed that mothers are responsible for transmitting culture from one generation to the next. I am eternally grateful and proud that my mother passed on her rich cultural heritage to me. The Moroccan Caftan...what it means to us, how it communicates who we are, and how it comes to life through intricate design. My fashion show takes a closer look at this emblem of Moroccan fashion and I hope that I have done it justice in the portrayal of its beauty. 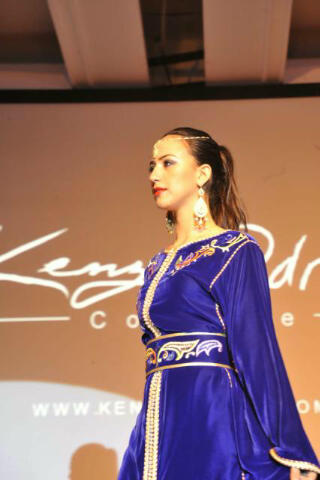 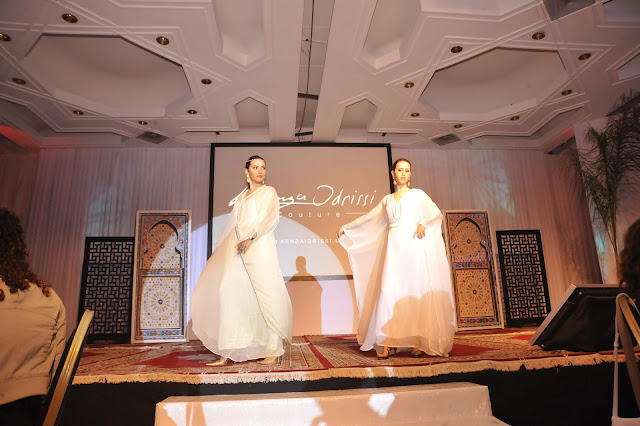 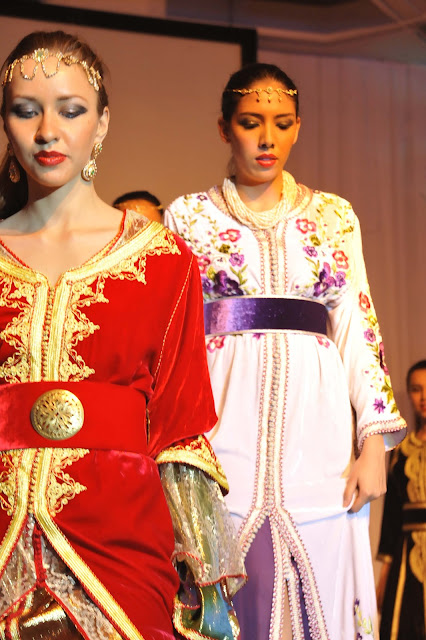 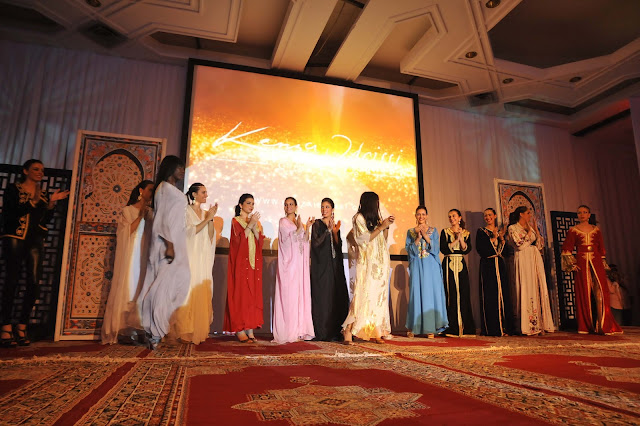 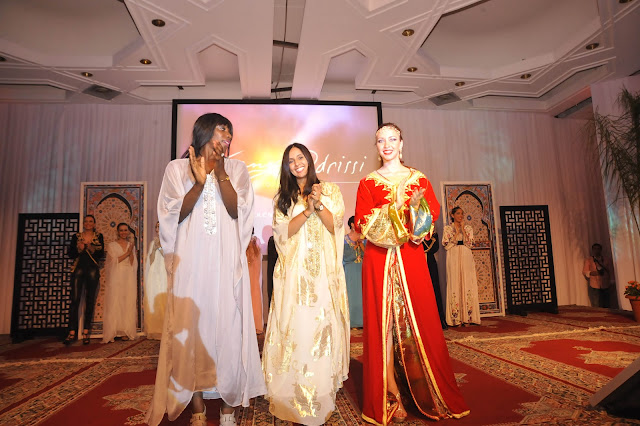